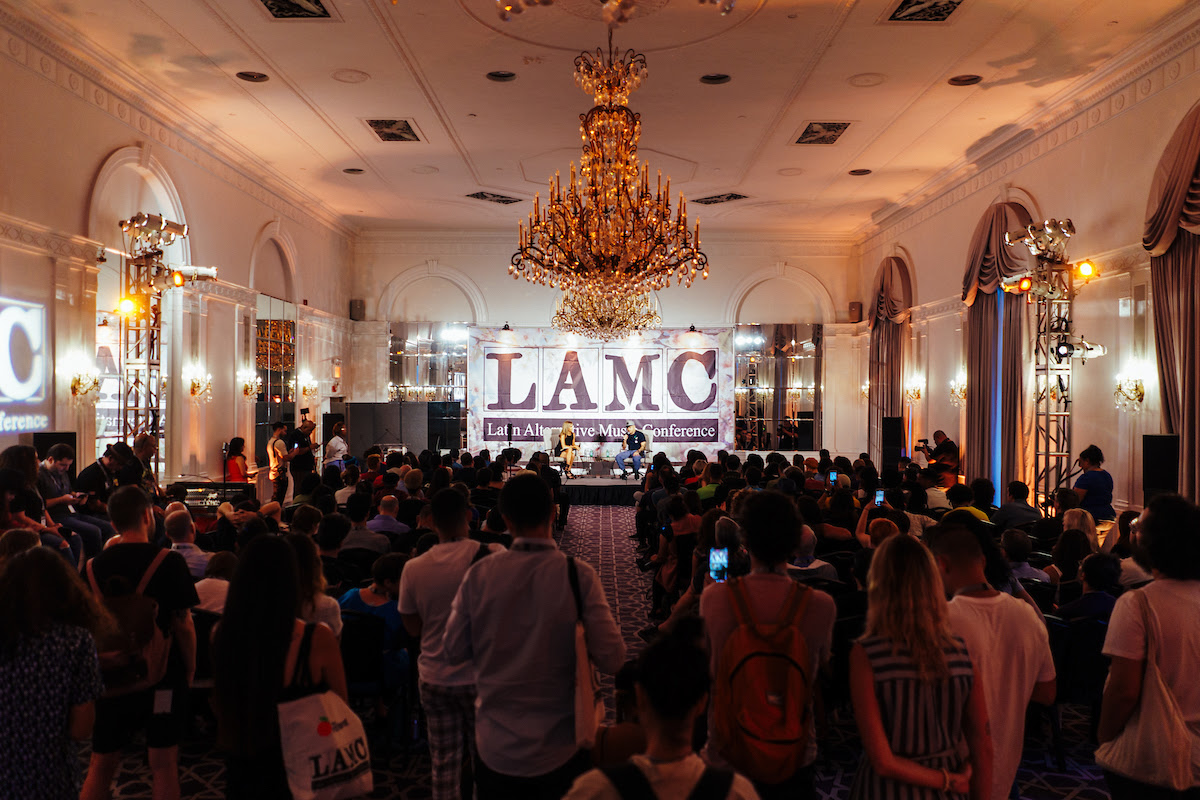 "The conference has sought to nurture Latin music that didn't fit established radio and record label formats; some of it went on to take over those outlets."
- New York Times

"These performances were just a few of many indications that Latin pop is headed towards a more eclectic future." - Billboard

Daytime activities at The Stewart Hotel in Manhattan included the chance to network and attend at-capacity panel discussions that featured wide-ranging topics including the state of touring and how artists are playing to more diverse audiences than ever, how songs make their way into films, TV shows, and commercials, music strategies for streaming platforms, and artist finances.

This year's special one-on-one conversation was between Residente and Billboard's Leila Cobo.

Conference attendees also got the chance to chat, interact, and play beautiful guitars in our exhibitor lounge with Taylor Guitars, Symphonic Distribution, sounds from Spain, Kesta, and NPR Alt.Latino.

In celebration of our 20th anniversary, LAMC expanded the conference to program a special day of offsite events on Friday, July 12th. We took the discussions straight to where the action happens with panels and showcases at the New York offices of Spotify, Anomaly, and Live Nation.

The LAMC show with the Latin GRAMMYs at SummerStage, Central Park kicked off the Recording Academy's 20th anniversary celebrations ahead of the annual awards show taking place later this year. Additionally, Cosquin Rock made its first-ever appearance in the U.S. in collaboration with the LAMC at SummerStage, Queensbridge Park. We are so happy that these two institutions were able to celebrate our 20th anniversary with us!

We look forward to doing it all over again next July when we celebrate our 21st year! Start saving the date. Thank you for your continued support and being a part of turning New York City into a week-long celebration.