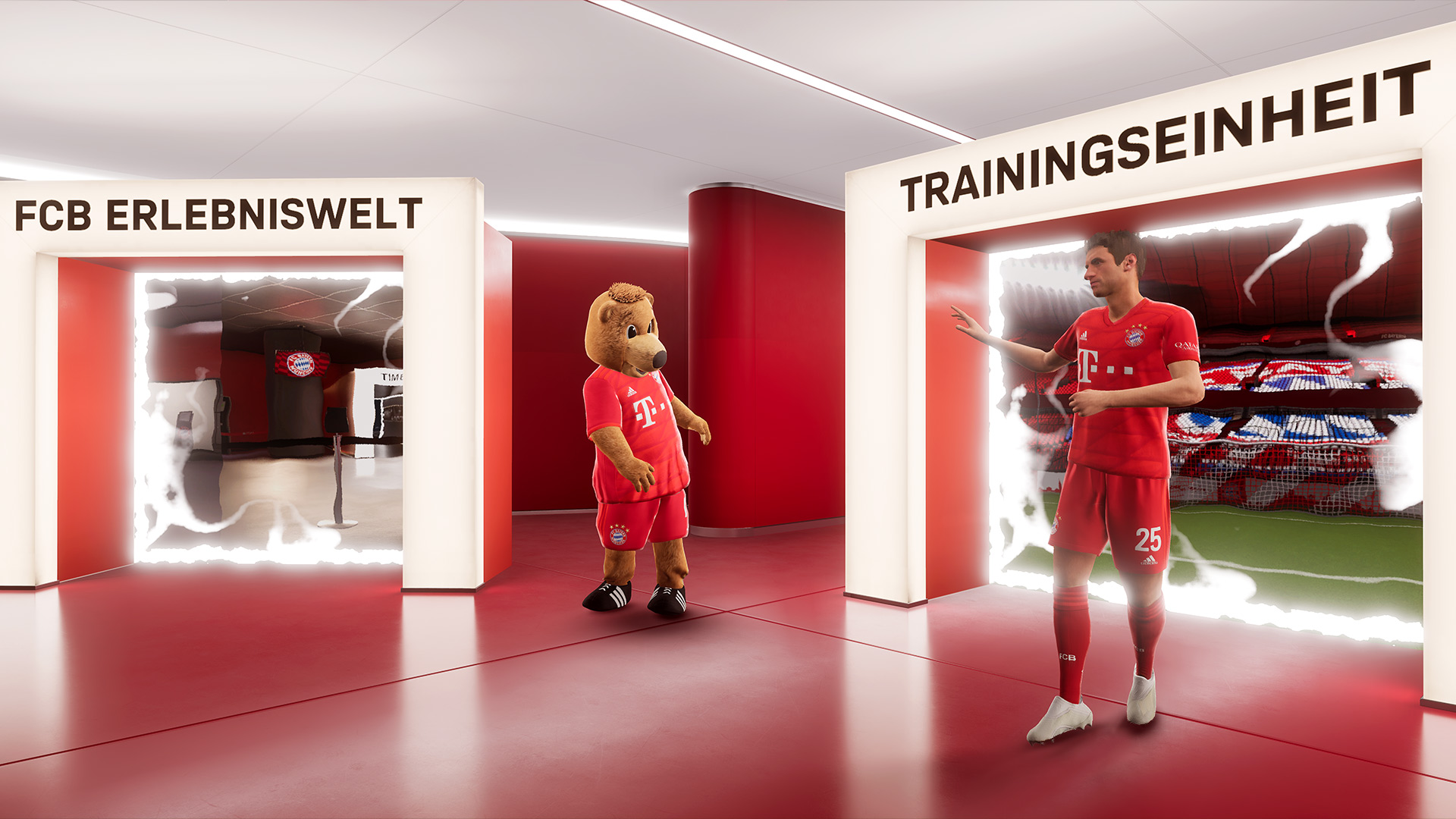 NEW YORK (December 17, 2019) FC Bayern Munich is giving fans the chance to experience standing on the turf at the Allianz Arena, training with four-time ‘World’s Best Goalkeeper’ Manuel Neuer as well as highlighting how FC Bayern came to be one of the world’s biggest clubs through the FC Bayern VR Experience.

Together with VRIDAY, FC Bayern have developed a Virtual Reality Experience that enables fans all over the world to get up close to their club from the comfort of their own home. They can marvel at the Allianz Arena from a player’s perspective, complete a header in training with Manuel Neuer or travel back in time and experience FC Bayern from its founding at the Café Gisela in February 1900 up to the treble-winning season in 2013, the most successful year in the club’s history.

At regular intervals over the coming months, every historic milestone will be made available along with many other FC Bayern related activity, including Giovane Elber giving a tour of the FC Bayern museum or Thomas Müller showing fans around the dressing room.

FC Bayern Munich is one of the world’s most successful sports organizations on and off the field. Since the club’s foundation in 1900, FC Bayern has won 29 national championships, 19 domestic cups as well as five UEFA Champions League titles, making it the most successful German team in history.

FC Bayern is also renowned globally for its financial success, youth development and supporter culture. The club’s unique ownership structure sees more than 290,000 club members own a majority share, more than any other sports organization in the world.