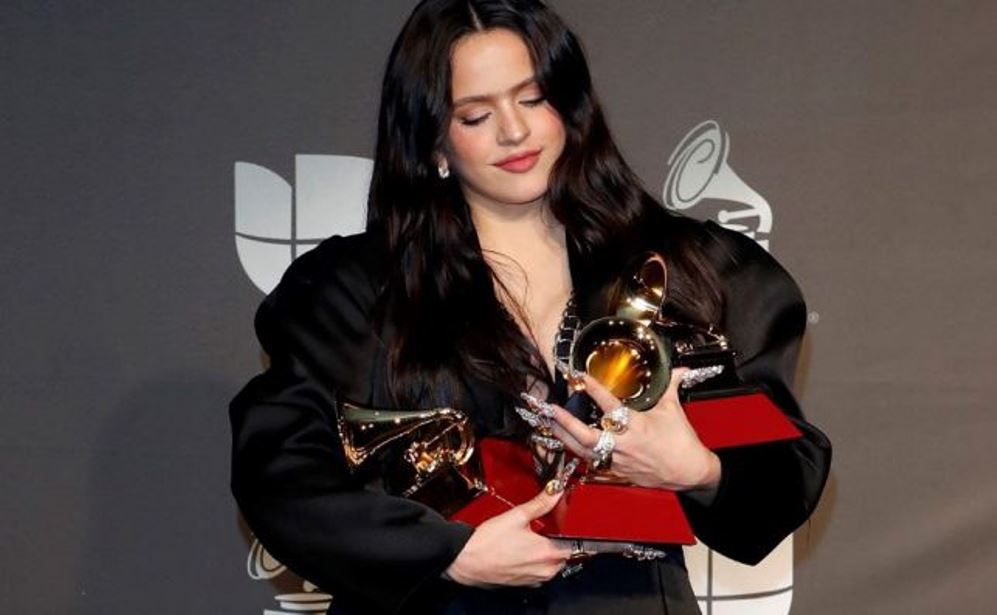 “Rosalía is making Grammy history. The flamenco-inspired artist scored two 2020 Grammy nominations— one for best new artist and the other in the Latin rock, urban or alternative album category for ‘El Mal Querer.’ This makes Rosalía the first best new artist nominee recognized for music recorded entirely in Spanish.”

“Grammy Nominees For Best New Artist Point To A Sea Change In Pop - Latin rhythm and melody is revitalizing the Top 40. Rosalia is the Catalan auteur leading the way. Like many young artists, she's not abandoning her roots, but reimagining them… Her album, El Mal Querer won the hearts of critics and influencers, and she went on to collaborate with Latin pop superstar J Balvin on the song "Con Altura," which became a worldwide smash. Rosalia's fluidity in combining experimental and mainstream elements distinguishes her, as does the fact that she sings in Spanish – she's the first artist who performs solely in that language to be nominated as best new artist.”